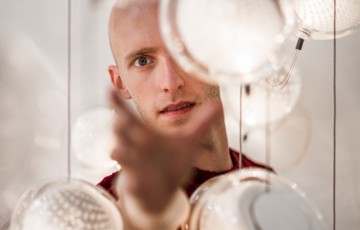 Originally from Hollidaysburg, PA, Colin Heininger is a current company member and the company coordinator of Peridance Contemporary Dance Company and a faculty member of the School at Peridance. In 2016, Colin graduated as an Honors Scholar with a BFA in Dance and a minor in Musical Theater from the University of the Arts in Philadelphia, where he was named the Valedictorian of the School of Dance and received a full tuition scholarship.  As a creator, his choreography has debuted in New York City at the ?!: New Work Festival and Baseline at the Brick Theater, the Performance Lab series at Peridance, The Craft, and several events through Hi-Artist. In addition, Colin has set works on schools and dance programs both in New York and Pennsylvania, where he has also choreographed several local musicals. As a dancer, he has attended both the Springboard Montreal and the Jacob?s Pillow Contemporary summer program and has performed works by Sharon Eyal, Netta Yerushalmy, Andrea Miller, Adam Barruch, Jae Man Joo, Yin Yue, Helen Simoneau, Beth Gill, Sidra Bell, Mark Morris, Alice Klock, and Anne Teresa de Keersmaeker, among others.

Information on how to be considered for his piece can be found on the Apply now page.